The establishment of local energy markets is simplified following an amendment to the Swedish ordinance on exemptions from the requirement for network concessions. For FlexiGrid, this change in regulation is highly relevant as it may reduce the administrative burden and cost and thus diminish the entry barriers to local flexibility markets.

On November 3rd, 2021, the Swedish government published an amendment to the ordinance on exemptions from the requirement for network concessions. To facilitate local sharing of renewable energy and the use of energy storage, the Swedish government has decided to extend the exemptions to also include internal low-voltage networks, other than overhead lines, for energy sharing within the property of the network owner and between buildings and facilities that individually also have a connection to a power line or a power line network that is covered by a network concession.

If applicable, this change significantly reduces the administrative burden and cost related to internal networks as owners of these networks no longer need to apply for network concession. However, it is not guaranteed that a network intended to for example facilitate a local energy market is applicable to the exemption. It remains to be seen how the new ordinance is implemented but there are previous examples of networks being deemed too large by the regulator to be exempted although otherwise compliant with the requirement of the exemption.

The driving force behind the extended exemption is the interest in local micro-production and trade of electricity and energy storage, as well as energy communities which were introduced in the Clean Energy package. It will primarily have implications for owners of production networks, such as wind farms, property owners, or energy communities who want to increase the consumption of locally produced renewable electricity.

The updated ordinance comes into force on January 1st, 2022.

Read more at the Swedish government’s site (in Swedish). 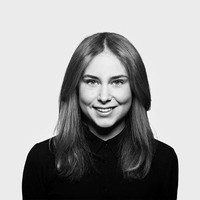